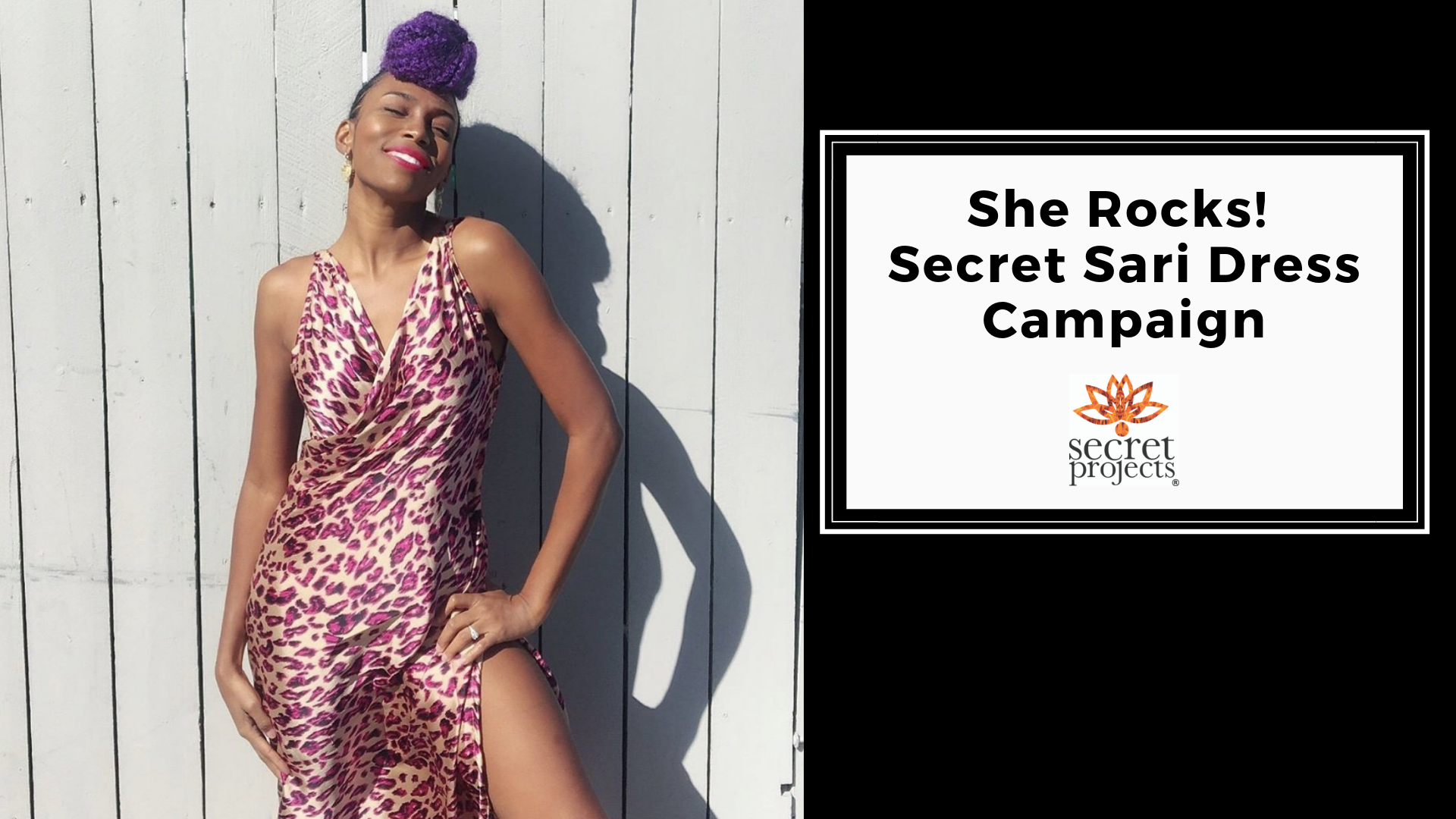 The Secret Sari Dress ™ is a sassy and ingenious statement of empowerment and social action, designed to unfurl from a tiny pocket in the back of the garment. It is made in West Bengal at a sewing unit employing young women who have been trafficked or are vulnerable to human trafficking. If each young woman can earn £20 a month, she is far less likely to end up in the complicated web that trafficking victims find themselves in.

It was whilst watching Alissa White-Gluz fronting Arch Enemy at Hellfest last Summer, that Fritha Vincent, founder of Secret Projects, realised that the female voice of Rock & Metal music was the perfect voice to spread this message to the world. Sharing the story with her cousin, fellow India lover and singer songwriter Heather Findlay, the cousins pledged to collaborate in creating and launching a new Secret Project - the #sherocks Secret Sari Dress Campaign.

Heather got to work by curating a palette to suit and forming a network of musicians. Fritha rallied the Makers and sourced the fabrics and the women began to sew...

Instagram channel @secretsaridress played host to the unfolding of women’s power across the world of Rock and Metal, bringing new hope to the prevention of Human Trafficking in West Bengal.

Word of the campaign spread fast amongst the Rock & Metal community, manifesting quickly as a 3 figure team of global influencers, ready to post and share pictures of themselves in the dresses made in India on International Women’s Day. Each post included the link above directing fans to where they could buy the dresses.

"I've decided to bring a beautiful project that I believe in into the light. Let's lift our sisters Up and show the battles in our own country, but All women around the world. Introducing the Secret Sari Dress - Prevention Through Production" An exciting boost for the campaign's launch came with key influencers

Alissa White-Gluz of Arch Enemy and Floor Jansen of Nightwish launching collections on pre-order in their own names. The vocalists will each choose fabrics for a collection of their own, to be released at the beginning of Summer.

“It is absolutely inspiring to me that women have the confidence, empathy and strength to bind together across cultures and across the world to support, protect and encourage one another.” Support did not stop there. Male figures across Rock & Metal also got behind the campaign by sharing videos of themselves shouting out the campaign on the day, from guitarists Gus G, and David Kilmister, to Dan Reed, to rock bands Thunder and Collateral. Some also wore the Saris in their own pimped way!

[Check out @secretsaridress IGTV channel to watch their videos] ‘Every child worthy of a better tale’ ~ Nightwish

With no 'middle man' or bureaucracy standing between Secret Projects and the empowerment of the Makers, sales of Secret Sari Dresses, directly impact the lives of women and their children in West Bengal. To celebrate the launch of the campaign, The Big Red in London hosted a live Shoot & Social event for the team. On International Women’s Day, drop-in influencers were invited to come along, have a drink and be photographed in the dresses at a fun, laid back shoot where they'd meet the driving force behind the campaign. Dubbed The Ultimate Festival Dress, the Secret Saris were sold at the event, at which, as well as Clarins donating £100 goody bags to the first 50 models to be photographed, sponsorship also arrived from Gibson Guitars, Siren Management, Nine Lives UK and Metal Talk.

“ The Secret Sari Dress gives us the opportunity to get fashion into social action. Whilst the #sherocks collection dresses have sold like wildfire, pre-orders for the Alissa & Floor dresses have gone staggering well! We urge any of our e xisting influencers, or anyone who is interested in the getting behind the campaign and launching their own pre-order, to come forward and get involved!”

As a result of the International Women's Day call to action, TV presenter / journalist, Kylie Olsson who attended London Shoot & Social and has since launched her own pre-order collection as part of the campaign. Nik West, bass player for Prince & Quincy Jones; Fiona Brice, violinist/composer/keyboard player for Placebo, Kelly Jones, Jarvis Cocker and others along with Zepparella guitarist and composer Gretchen Menn are newest influencers to sign up to launch their own Secret Sari Collections, launching soon! “ I love the simplicity of the campaign and I have been blown away by the generosity and enthusiasm it has received from around the world . The synergy between the Secret Sari and the #SheRocks movement just works! When we start to consider the possibilities of such a meeting of minds, and hearts, it feels like this is just the beginning really...”

Due to the roaring success of the campaign so far, everyone is asking, "What's Next..?"

New ideas to keep the flame burning are being discussed daily and with thanks to an introduction from campaign champions Nuclear Blast Records, YouTube have offered to give the campaign their backing and it can now be revealed that more inspired collaborations are in the making!

Special thanks goes to the vivacious energy of key campaign champions, model and presenter, Whitney Ribbins; Lisa Cope & Claire Harris of Nuclear Blast; Lisa S Johnson author of 108 Rockstar Guitars and Lisa McKeown of Siren Management and Nine Lives UK. See the table below for a full roll call to all influencers so far....

The campaign will continue run throughout 2019 and Heather & Fritha invite more influencers to get in touch and join the action! To get involved email 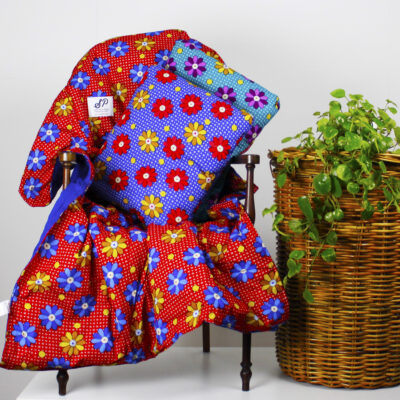 And action! We are creating a film and photographic studio. Can you help us?

As we all know, Covid-19 has hugely accelerated the transformation from face to face selling to online sales in the retail sector. We are seizing this . . . opportunity of online selling and transforming the way we sell Secret Products to be 95% online. This is an area we were working towards anyway, as it's been proved many times that the more platforms a business uses to promote their goods, the wider the audience they reach. So... we are currently busy putting together a film and photographic studio in our business unit in West Sussex, as we need to be able to create high quality, professional images to use online as well as on our YouTube channel. We are very lucky to have been offered the services of a highly specialised carpenter free of charge and a TV production company have also offered to help us by mentoring us over the equipment we need.  Amazing! However, we do have some way to go and it's not cheap, and we wanted to ask if any of our Customers, Shareholders and Friends would like to help us and make a contribution towards some of the items we need? We have put together a 'wish list' below and we would be so grateful for any assistance you can offer, whether financial or advice. Please email Fritha, our CEO if you are able to help: fritha@secretprojects.org Our wish list: One Cannon 16-35mm lense for photographing Secret Products to the highest standards: £1000 brand new or £500 second hand One Windows desk top computer with extra memory for film and photography editing in studio: £1000 Microphones to record sound on videos of Secret Products to the highest quality: £160 And... Printing of six A4 board with pictures of our Makers in India at work in their communities @£40 each: £240 Three Cable safety systems @ £50 each: £150 Ten sets of wheels to fix to shelves for easy movement @ £10 per set: £100 Ten meters of blackout fabric to create blinds to block out light @ £3 per metre: £30 One Wi-fi booster to ensure there is high speed internet connection: £15 The total amount needed to equip our studio is £2,500 Any help you can give will be very gratefully received. Huge thanks. If you like this article you might like to read this Secret Projects story
Continue reading > 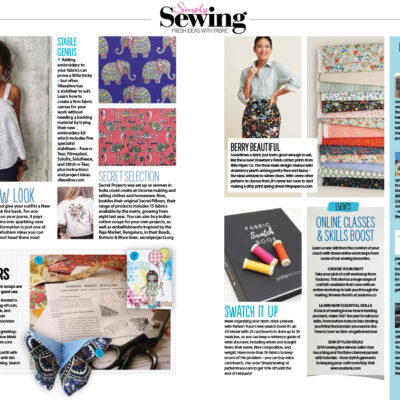 Introducing Fabric by the Metre... as featured on Simply Sewing Magazine's Pinboard!

We are so very excited to bring to you one of our latest ranges... Fabric by the Metre. We are even more excited to tell you that this gorgeous . . . collection of fabrics has made it's debut on Simply Sewing Magazines January 2021 Pinboard! See above! We absolutely adore fabrics at Secret Projects! Over the years, we have found some excellent fabric suppliers and have often dreamt of offering our customers the opportunity to buy wonderful material from India.  Through our Customer Trips, over 20 of our customers have travelled with us to India and experienced some magical fabric buying adventures, as we took them to visit markets and suppliers! Yet, we knew that not everyone can jump on a plane with us... One of our Customers then gave us a great idea, when she asked why didn't we think about selling fabric through our on-line retail stores and we jumped on it! Now we can give everyone the opportunity for a similar fabric buying adventure on-line.  There are 32 fabrics in our wonderful range from brights to pastels and lot more colours and shades in between! Whether you are looking for gorgeous florals, bold and strong abstracts or cute animal prints, our Fabric by the Metre range will not disappoint.To be introduced to our Fabric by the Metre collections, please go to our our website: secretprojects.org and click on Shop & Travel to shop in GBP, Euros and US Dollars.Have so much creative fun selecting yours and don't forget to let us see what you have made!
Continue reading > 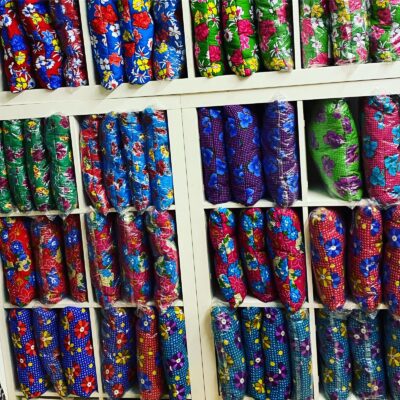